Another of our success stories is related to the engine factory in Tychy. The plant now under the new Stallantis banner, previously known as the Opel factory.

At the first station the OP 7000 machine was designed to automate the process of assembling the bolts for the lower oil pan. The main component of the machine is a high-speed robot from OMRON eCobra. The bolts are transported from the vibrating feeder and installed into the oil pan using a special head located on the robot arm. The machine installs 14 screws in a single cycle in 20 seconds, which amounts to about 0.5 million screws per month.

It is a self-contained and mobile unit that can be moved to any place on the production line at any time.

The second OP 1090 station is located near the engine assembly line. At the operation operated by the Universal Robots e-Series 10 robot, the throttle is bolted to the manifold. The robot’s work area is controlled by a SICK safety scanner. The cobot operates in a collaborative mode without enclosure. 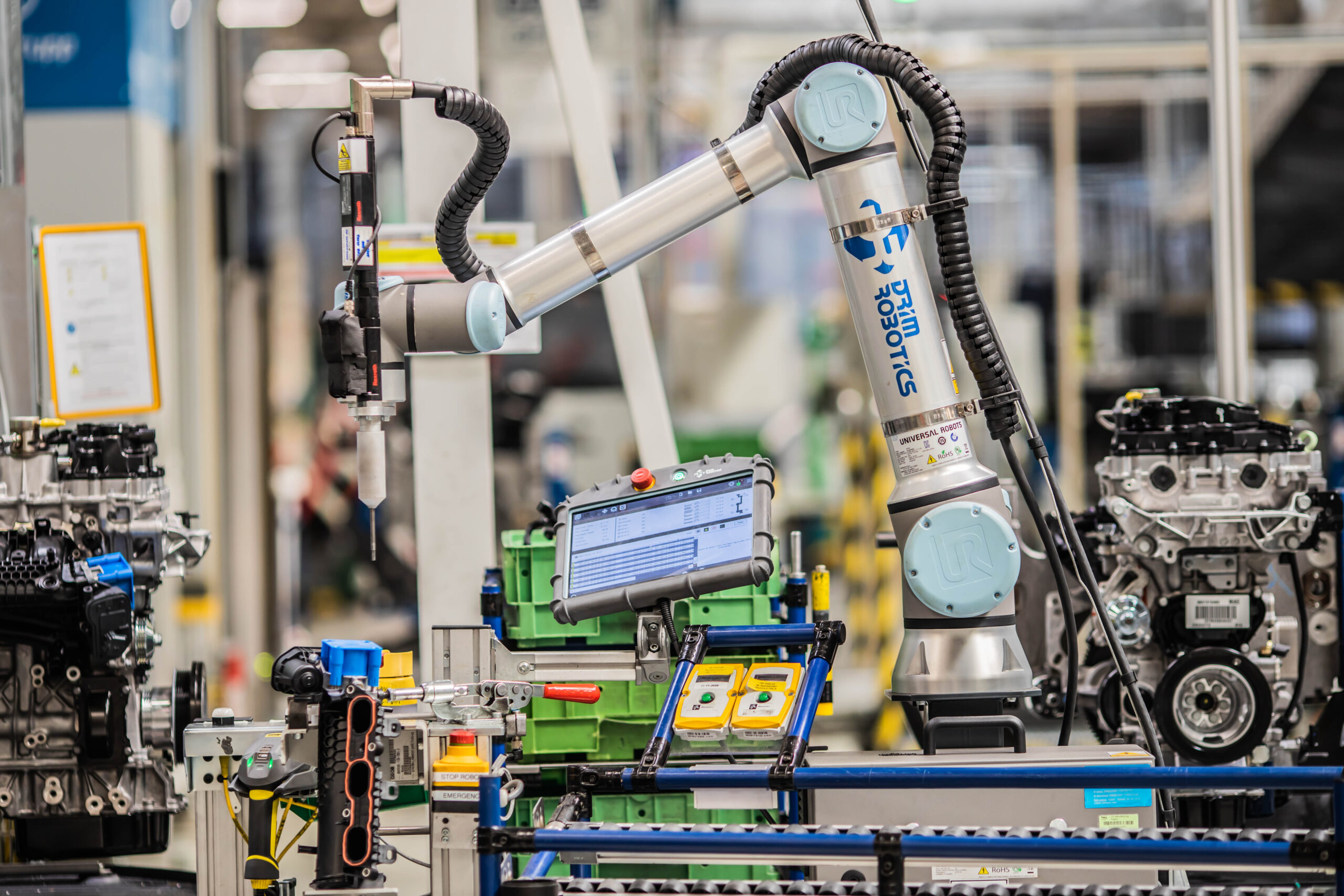 Another of our success stories is related to the engine factory in Tychy. The plant

Wojciech Korczyk, Process Engineer at Cooper Standard: “One of our customers commissioned us to make